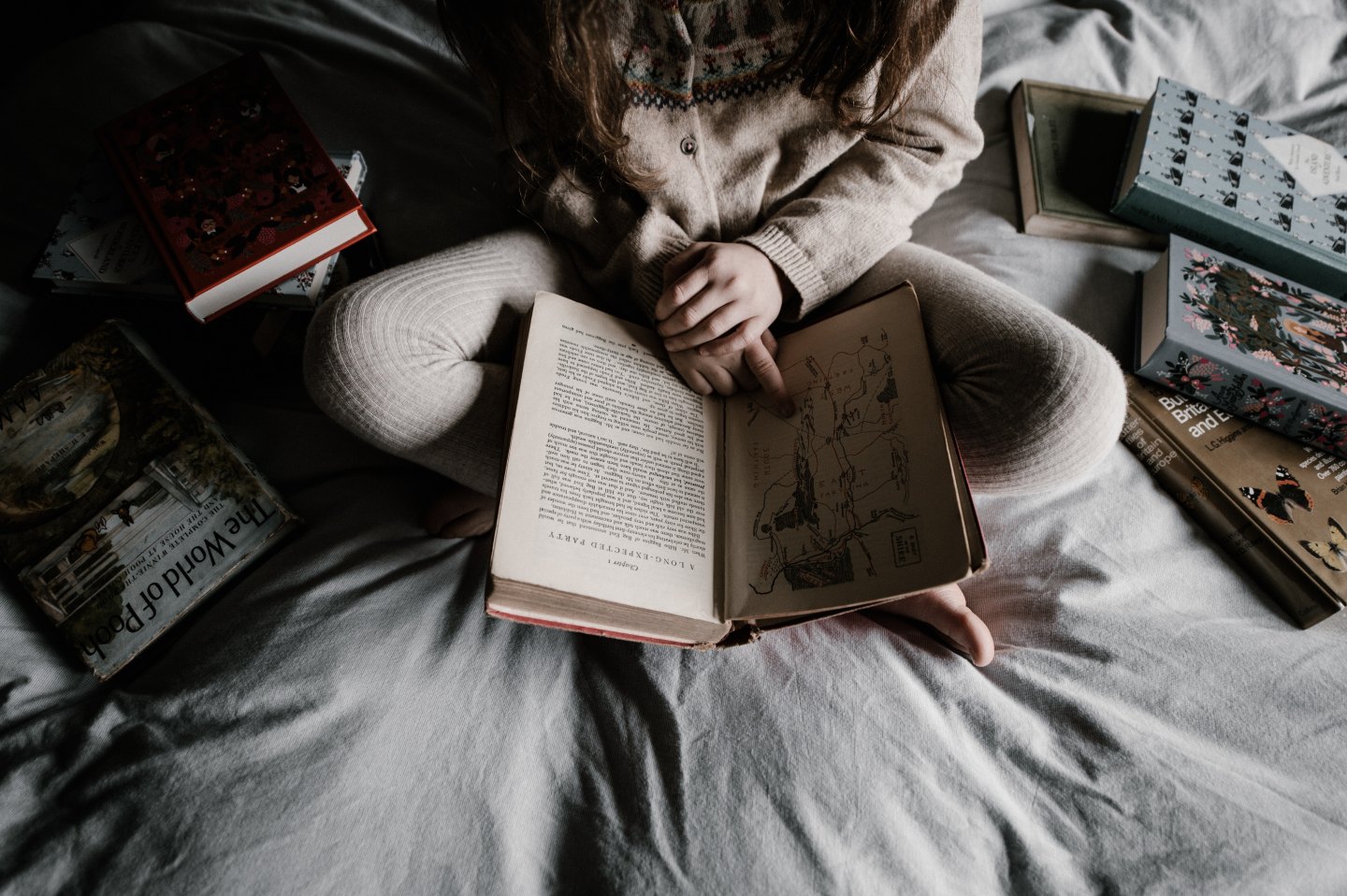 We all have obsessions.

Some are stronger than others.

We all have phases we go through.

If you’ve been around young children at all, you’ve probably noticed that some kids are obsessively interested in things like cars, trains, planes, or dinosaurs.

I used to take this for granted. Yeah, kids like dinosaurs. So what?

But then I started noticing these obsessions in my own kids.

I saw their amazing ability to learn and memorize the most detailed dinosaur trivia facts…that nobody else would know except maybe an actual paleontologist.

Then I read this article on the brain benefits of these obsessive phases.

And ever since I became aware of intense interests, I’ve noticed them in myself too.

Researchers don’t know exactly what sparks them — the majority of parents can’t pinpoint the moment or event that kicked off their kids’ interest — but almost a third of all children have one at some point, typically between the ages of 2 and 6 (though for some the interest lasts further into childhood). And while studies have shown that the most common intense interest is vehicles — planes, trains, and cars — the next most popular, by a wide margin, is dinosaurs.
Kate Morgan – CNN

The Benefits – Learning to Learn

The cool thing about intense interests is that kids not only go out of their way to do their own “research” but they also retain the facts incredibly well.

As an adult, I noticed this in myself after graduating college. Suddenly, reading books and retaining facts wasn’t a chore anymore.

Because no one was “making” me do it, and I wasn’t obligated to study at a certain time for a certain quiz, I found myself genuinely enjoying research.

I followed my curiosity and read books I was interested in. I Googled and Wiki’d new topics. I watched documentaries. I embraced this new freedom from the syllabus.

College gave me good study tools. It taught me to work hard and meet deadlines.

But the biggest thing my education taught me by far was learning how to learn.

A 2008 study found that sustained intense interests, particularly in a conceptual domain like dinosaurs, can help children develop increased knowledge and persistence, a better attention span, and deeper information-processing skills.

Intense Interests I’ve Noticed in Myself: 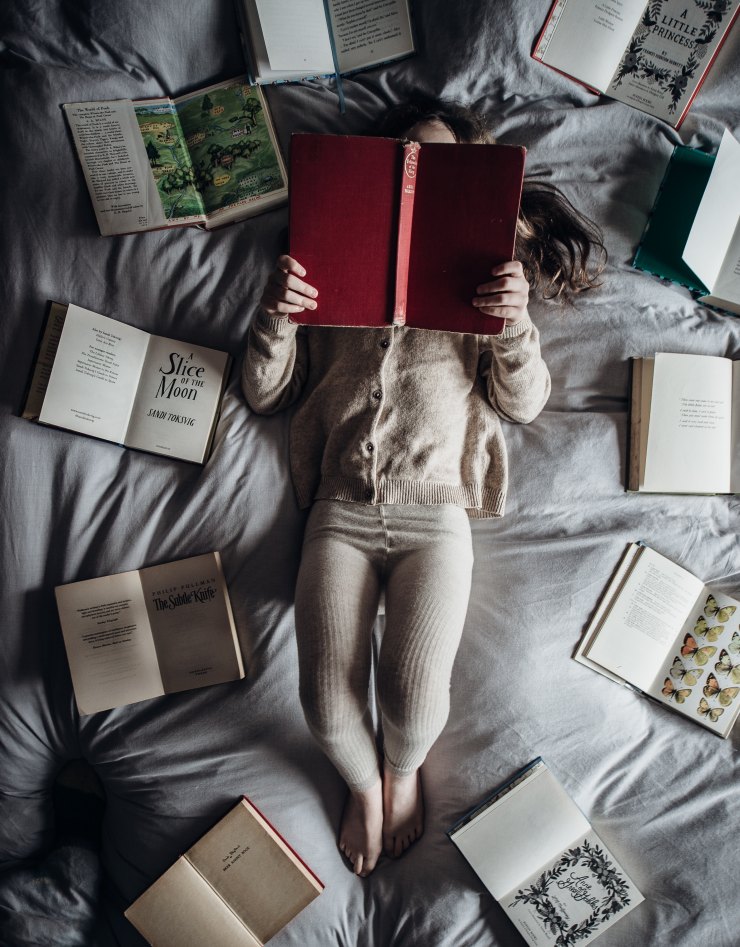 Scientists don’t really know what causes intense interests, but I have a hunch that it’s in kids’ nature to be naturally curious.

Could it be that, like me, when learning becomes a chore kids lose their spark and motivation?

Could it be that conventional schooling doesn’t teach us to be genuinely interested, but rather teaches us to short-term-memorize and regurgitate facts?

It’s probably not a coincidence that the age range for developing intense interests overlaps with the peak ages of imagination-based play (which is from age 3 through age 5)… For most kids, intense interests burn bright and quick. In a study published in 2007, researchers who followed up with the parents of 177 kids found that the interests only lasted between six months and three years. There are a number of reasons kids stop wanting to learn anything and everything about a particular topic, and one of the biggest is, ironically, school. As they enter a traditional educational environment, they’re expected to hit a range of targets in various subjects, which doesn’t leave much room for a specialization. “It’s not a quick drop-off, like, ‘Oh, now I hate dinosaurs,'” says Elizabeth Chatel, a marriage and family therapist in Norwalk, Connecticut. “It’s just that life gets busy and the world opens up, and other interests start to engage them.” There’s also a big social component to the waning of an intense interest, as kids begin to interact with their peers on a daily basis and realize not everyone is all dinosaurs all the time. “Maybe at home the interest was being reinforced, and the positive feedback loop was, ‘Johnny knows that’s a pterodactyl, Johnny’s a genius!’ When you’re getting praise over and over again for having information about a subject, you’re on a runaway train to Dinosaurland,” Chatel says.

I know I memorized a lot of facts in school. I know I got straight A’s and B’s in college. But I sure couldn’t tell you those facts now.

They weren’t applied to my life. They were packed in to pass a test and then they promptly disappeared afterward.

My intense interests aren’t like that. They are savored and revisited often.

It almost feels like a guilty pleasure to indulge and learn more about the things I’m interested in.

Why can’t learning always be this fun?

I think deep down, we all want more knowledge. We all have questions that we want answered. We all want a safe place to ask them, where no one will make fun of us.

I think this is what drives those intense interests in children.

I think it’s possible that fear of ridicule, imposed structure, and lack of support makes that spark fade away.

It isn’t that one interest needs to last forever. Most kids who are interested in dinosaurs don’t actually grow up to be paleontologists. The idea is that the passion and appetite for learning should stick around for life.

Is it mere coincidence that intense interests fade around the time kids reach school-age?

What Does This Have to Do with Education?

I’ve already shared here about why I want to unschool my children.

I know the term “unschooling” may sound like no learning is happening at all. But I like the term in spite of the chaos it may or may not imply.

I, myself, was homeschooled through high school and even though we had a curriculum to complete each day, the cool thing about it was the flexibility it offered me.

As a middle schooler and teenager, I was motivated to get my school “work” done early in the day and spend the rest of the day writing my own novels, plays, and films.

Those things didn’t feel like work to me. I didn’t even realize how much I was learning through the composition process.

I’m so thankful for the free time I had to create my own stories and find my own voice. I learned more through those “wasted” hours than I ever could have in a composition class.

So my strategy with “unschooling” isn’t to not do school with my children. It’s to nurture and explore those changing intense interests together.

My kids have already had the classic toddler phases the article mentions above, and my 5-year-old has also had an interest in the alphabet, art, writing letters, United States maps, and robots – to name a few.

Some people ask: but what about the “core” subjects? What if your child isn’t interested in those necessary things?

Well so far that hasn’t been an issue for us. So far he’s been intensely interested in appropriate core subjects – even to my surprise! He’s reading and writing and drawing maps of the United States when he’s receptive and ready for it.

If I were to drill those same things into his head on my own time table, he might learn them – but it would be hard for both of us. And he likely wouldn’t retain the knowledge that he does when he’s actually interested.

That’s just us. I don’t judge anyone who schools differently. And I’ll be honest with myself if and when it no longer works for us. But for now, we’re really enjoying the journey.

We’re genuinely excited about learning and it feels effortless. The learning isn’t restricted to school hours. It truly never stops.

Even if homeschooling or unschooling isn’t for you, I want to encourage you to support those intense interests when you see them in kids.

While books and the internet are great tools, I feel that if at all possible those interests should be turned into real life experiences.

I hope to camp with my kids throughout their childhood, teaching them that they can have fun – even when doing challenging things.

This is one of the main things camping taught me growing up. That “miserable fun” is possible if you have a good outlook and a positive attitude, and focus on making memories.

I dream of converting currencies for math and actually experiencing countries for geography. My desire is to make those subjects come alive – not just stay on the page.

Even when I’m not intensely interested in a subject, it can be beneficial to experience it.

Sometimes going to that place, or eating that type of food, or simply being exposed will create an interest in me that wasn’t there before.

So yes, unschooling definitely isn’t for everyone, but I think all of us can learn to recognize, support, and even create those intense interests in the hearts of our children.

Waking or sustaining the desire to learn is one of the greatest gifts we can give our children – and us adults are often learning right alongside them!