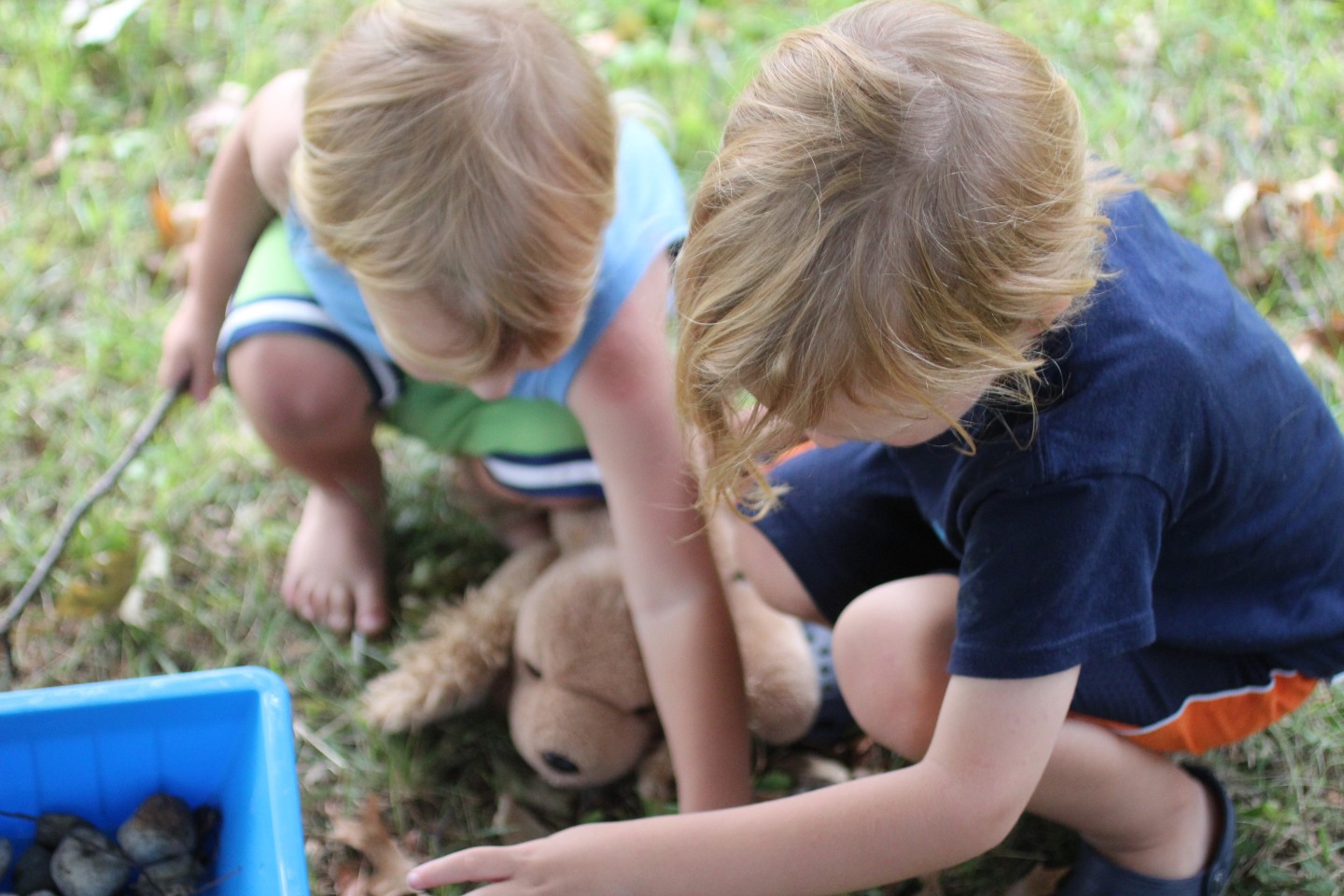 This was one of those books that actually changed how I parent. I think about these concepts daily and they have changed how I interact with my kids already.

The Whole Brain Child by Daniel J. Siegel and Tina Payne Bryson introduces the parent to the main parts of the brain – some of which are still developing in young children. They do a good job of keeping it simple and easy to read with lots of colorful examples and *almost* too many cute rhyming catchphrases. But cuteness aside, I like that they are easy to remember and implement.

Siegel and Bryson teach that those frustrating moments of parenting – those moments that try us and stretch us almost to breaking – those are the golden opportunities for learning. Children (and parents) can benefit the most from these moments that are less-than picture perfect. If we’re armed with the knowledge of how children’s brains works, we can jump on these opportunities rather than be ruled by them.

With all these different parts of the brain, the goal of the parent is integration. This is the fine-tuned balance when all the parts of the brain are working together. The child is flowing between chaos and rigidity.

The left and right sides of the brain contain the logic (left) and emotion (right.) We’ve all had to deal with a tantrum at one point or another where there the child’s emotions were raging out of control.

Reasoning with them does not work in the moment because they are acting out of the other side of their brain. Siegel and Bryson recommend several things:

Instead of command and demand, connect and redirect.

Our tendency as parents and caregivers may be to give logical commands like “stop crying.” “There will be consequences if you don’t stop.”

The problem with this is that the child isn’t thinking clearly if the tantrum is already happening. They are only feeling their emotions. We can regain control of the situation by appealing to their emotions and helping them redirect their frustration.

“I know that upset you a lot. How can we make it better?”

It isn’t my natural reaction either, but after reading this book, I’ve tried this a few times and it really does help to connect with those emotions rather than try to shut them down.

Instead of dismiss and deny, try name it to tame it.

Once our children are feeling something, we can’t shut off those emotions. One of the best ways we can help them handle their feelings is to talk about them. The authors called this “name it to tame it.”

One of the big things I’ve been facing with Malachi is his overreacting (in my opinion) to minor scrapes and cuts. He loses it. I’m honestly afraid someone will call an ambulance for how he cries and screams about a scraped knee.

Before reading this book, I tried reasoning with him. I tried asking him to stop and explaining the “boy who cried wolf.” I tried to tell him it was embarrassing. I tried ignoring him. But the one thing I didn’t try was letting him talk about it.

The process of putting those feelings into words integrates the feeling and the processing sides of the brain. Talking about it validates his feelings rather than dismissing them, and it helps him feel better too.

Instead of: “Stop crying. You’re embarrassing me. Pull yourself together. Be a little tougher.”

Try: “Tell me what happened. Where did you fall? What next? Then what?”

The left brain can help you put right brain feelings into words.

There’s a reason parents and teachers often say to little kids “Use your words.” Finding words turns those full-blown emotions into integrated thoughts by utilizing the left side of the brain to reason it all out.

Sometimes kids will want to talk about the same thing over and over. This should be encouraged. It means that it was an important or impact event for them and they are still processing. Let them tell the story as many times as they need to.

Parents should try to be integrated too!

When we find ourselves caught up in emotion, remember to practice what you preach. We set the example for our kids by how we act, not what we say. Use your words the next time you feel an emotional mess in order to process and work through them.

The lower brain is fully developed at birth, and it is responsible for automatic functions and instincts. This is where the “fight or flight” reactions come from, when we act without thinking. This part of the brain is otherwise known as the amygdala.

Now that we know about this, we shouldn’t be so surprised when our children can’t seem to use their upper brain! It is still developing! But there are still things we can do to help them grow their upper brain and integrate it with the lower brain.

A well-integrated upper and lower brain is what the authors call “vertically integrated.” The stairs in the house, between the upstairs and the downstairs if you will. Vertically integrated kids pause to think before acting on their impulses. They consider the consequences before doing things. This does not come naturally but it can be learned.

Think through problems and negotiate answers together with your child. Definitely don’t meet their anger with anger, as it will only escalate things. Invite them to work on their negotiating skills.

Instead of: “My way or the highway.”

Try: “Can you come up with a solution that works for both of us?”

Use it or lose it – exercising the upstairs brain.

We can help our children build their still-growing upstairs brain by encouraging them use it daily. Teach them to make decisions and think about the outcome. Teach them to pause and count to 10 when they are angry, not letting their lower brain run the show. Draw attention to other people’s emotions and help your child learn to notice them on their own. This is the beginning of empathy. When it comes to morality, don’t just give them the “right” answer, but help them arrive at the moral answer on their own.

Move it or lost it – moving the body

This sounds crazy, but it works. When your child finds themselves out of control and frustrated, encourage them to get up and moving. Letting off steam comes in a variety of forms. Sometimes a child just needs to run around the house and get it all out of their system. Or do a dance. Or punch a pillow. Moving and exercise releases those pent-up feelings they can’t control.

This is another area where leading by example is key. When you find yourself about to “flip your lid” pause. Recognize that this is an area for growth, not just a frustrating situation. Your emotions are valid, but they are also an auto response that you don’t have to submit to. Try these five things:

One last example inspired by this book. Malachi often told us that he was scared of the smoke detector in his room. He wanted to talk about it all the time – how it looked like it had eyes and was watching him, how it was sometimes loud when it needed a new battery, and how it blinked a red light sometimes while he was trying to fall asleep.

For a long time, we just listened and tried to reason with him. “Well it keeps us safe. We can’t take it down. It doesn’t have eyes. Go to sleep.”

One day I told him we were going to decorate the smoke detector with stickers. “What would make it funny, not scary?”

“Okay, that’s pretty hilarious. Let’s use these stickers to spell ‘poop’ on it so it makes you laugh when you see it, not scared.”

It worked. Malachi was so excited about his funny “poop” smoke detector, he couldn’t wait to go to bed and look at it. (Sometimes it just takes a little immaturity…and appealing to the emotions, not the logic.)

I highly recommend this book for parents and educators. It isn’t often that one book will completely change how I parent and open my eyes to an unseen world – like that of the human brain.

What are your thoughts? Do you have any examples of times you had to approach a situation from a different direction in order to get through to your kids? How could the brain be involved in those situations?