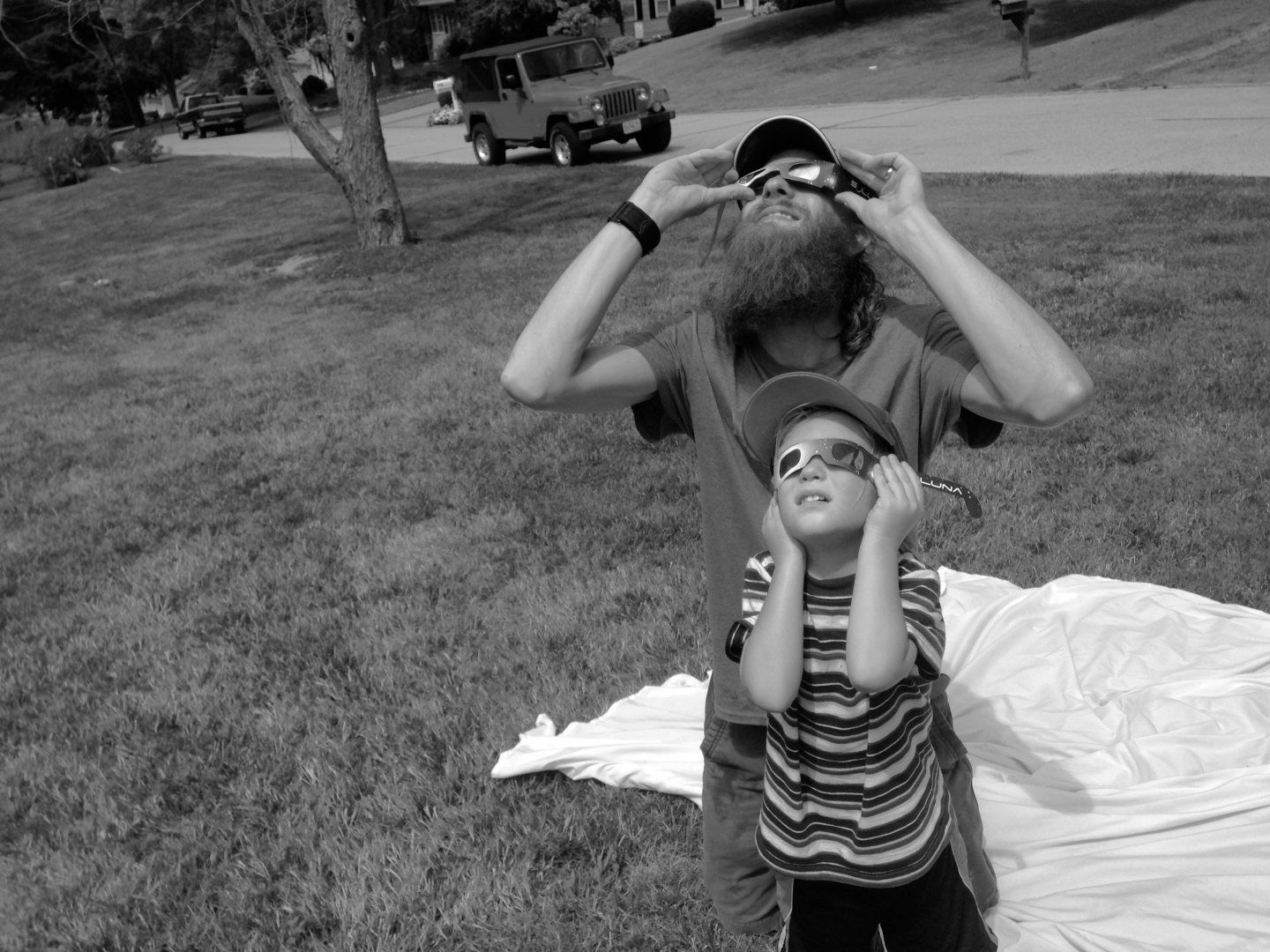 They say my generation is difficult to impress.

In an age where everything is generated, simulated, and purchased on-demand, what has happened to our sense of awe?

The total solar eclipse was one of those things.

None of us had experienced one before, but we heard it would be amazing.

“Don’t miss it. Get in the path of totality. Pray it doesn’t rain.”

With news stories and eclipse articles popping up in the media for weeks beforehand, all promising traffic, millions of tourists, and calling it the event of a lifetime, I had to wonder:

How could a two-minute phenomenon possibly live up to all the hype?

Surely we were setting ourselves up for disappointment.

I’m no cynic – the cynics were cynically betting on rainclouds.

But seriously, how could it possibly be as awesome as the nerdy scientists on Youtube said it would be?

Maybe this was the kind of thing only nerdy scientists got excited about.

And the rest of us just kind of said “eh” and yawned.

Then it actually happened – and left us all stunned.

The heavens declare the glory of God; the skies proclaim the work of his hands.

Seeing the world through a different filter.

Cryptic “shadow bands” rushing across our white sheet – faintly at first, then darker and more pronounced.

A small sliver of light.

Humanity within the umbra takes a collective, bated breath.

The corona flashes and dances.

Adults scream – including me.

No one is too cool to be in awe of this moment.

No photo or video could ever do the experience justice.

Don’t forget to look around for the 360 degree sunset.

Look for Venus, Saturn, and Mercery.

Bask in the moment.

Turn to one another, giddy.

“This is crazy! This is awesome! Are you seeing what I’m seeing?!”

Moments later, the diamond ring flares and we know totality is ending.

In the distance, neighbors cheer and someone sets off fireworks.

It was everything they said it would be.

Now we get what all the fuss was about.

Can you bind the chains of the Pleiades,
Or loose the cords of Orion?

Can you lead forth a constellation in its season,
And guide the Bear with her satellites?

Do you know the ordinances of the heavens,
Or fix their rule over the earth?

Can you lift up your voice to the clouds,
So that an abundance of water will cover you?

Can you send forth lightnings that they may go
And say to you, ‘Here we are’?

Who has put wisdom in the innermost being
Or given understanding to the mind?

C.S. Lewis once said that to a child, chocolate is the greatest thing in the world. They have no idea about sexual pleasure (or, in this case, cosmic phenomenon).

They simply cannot fathom anything being greater than what they already know.

Sometimes God’s goodness and imagination is greater than even the greatest thing we small humans can imagine.

He made the moon to mark the seasons,

and the sun knows when to go down.

You bring darkness, it becomes night,

and all the beasts of the forest prowl.

The day after the eclipse it’s raining and cloudy.

I’m totally fine with the weather today, glad it came today and not yesterday.

I’m still basking in the joy of that moment.

The moment we all became giddy children in awe of the wonder of our universe.

God, who are you and how do you come up with this crazy stuff?

If these are small glimpses of heaven, then as believers we should be very, very excited.

We cannot even fathom him.

These celestial patterns can be predicted by scientists, but they cannot be replicated or even fully explained.

The older I get, the more I know that we don’t know.

Life is full of beauty and mystery.

The sun “just happens” to be 400 times bigger than the moon.

And the moon “just happens” to be 400 times closer to earth.

Scientists can explain the mechanics – how and when.

But they can’t explain the why.

Can’t explain the “cosmic coincidences” that make us giddy like children.

Maybe he just wants us to pause and take notice.

We can live a long time and think we’ve seen it all, but then God shows up and reminds us “You think that was cool? You ain’t seen nothing yet.”

May we never outgrow that childlike sense of wonder and awe.

May we cling to beauty wherever we see it, and fully appreciate the everyday handiwork of our creator.

When I consider your heavens,

the work of your fingers,

the moon and the stars,

which you have set in place,

what is mankind that you are mindful of them,

human beings that you care for them?