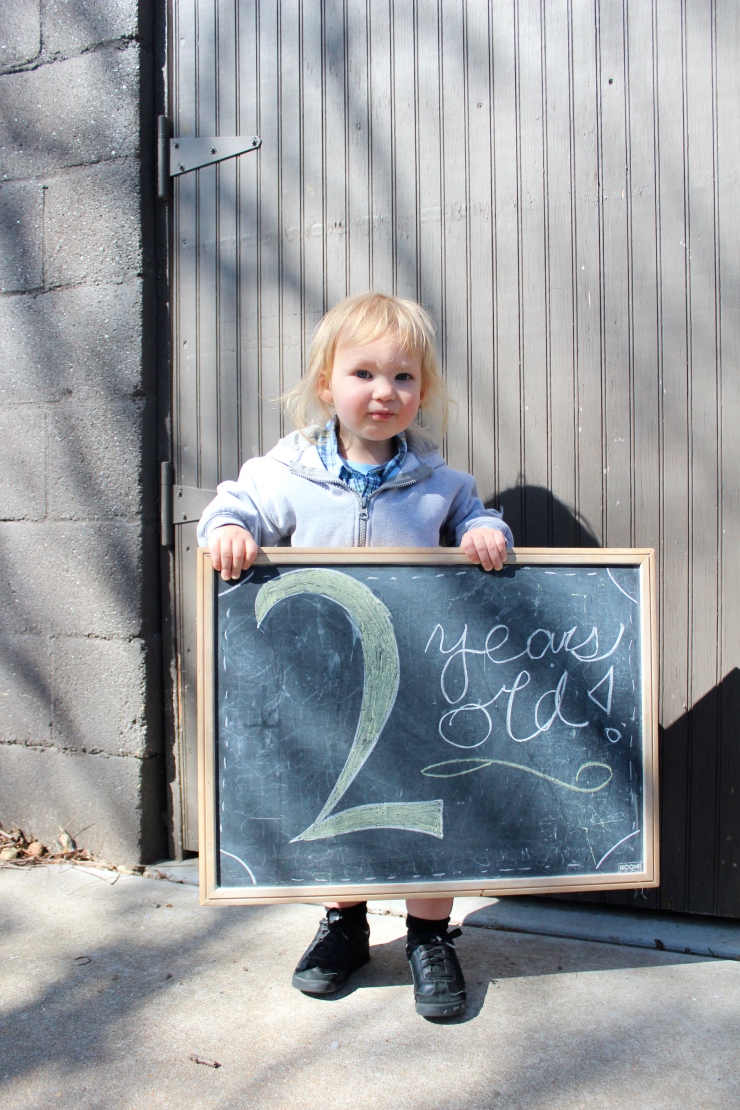 Malachi turned three this weekend! Where has the time gone?

He potty-trained this year.

He went from learning to talk to chattering nonstop.

He got his first haircut.

Most significantly, this was the year Malachi went from being my little blue-eyed baby, to being Shiloh’s big brother.

Being a second child myself, I knew Malachi would do great with a sibling. I was never an only child and I turned out okay….I think! Still, it was a little bittersweet to think about my baby losing his baby status overnight.

Looking back, I can better identify the needs he expressed and how they were met during the transition.

The Need to Understand

Toddlers love to know what’s going on and what’s about to happen. I think it’s important that they not be blindsided by big changes.

A friend gave us a boy baby doll when we found out we were pregnant. Malachi loved playing with his baby “Milo” and taking care of him. We tried to treat him nicely and not just throw him around like a toy. Even now, Milo often shows up in the bouncy seat playing with Shiloh’s toys. It’s nice to have a doll so Malachi can learn to be nurturing and mimic what he sees me do with Shiloh.

Malachi and I watched the documentary Babies several times right after Shiloh was born. This helped him learn how babies act, develop, and play. I knew it was a success when Malachi recently said “Shiloh’s going to learn to crawl, then walk soon.”

Before Shiloh was born, we talked about him all the time, by name. When they first met, this helped Malachi understand. Our conversation went like this:

“Do you know what this is?”

“Oooohhhhh. He’s out of your belly.”

His demeanor instantly changed and he understood that this wasn’t just any baby. It was his brother. Malachi was excited and thoughtful. “I can play games with him… I can teach him to do things…”

The fact that we had Shiloh at home might have helped make Malachi’s first meeting easier too. It wasn’t in an unusual place – it was in our room at home. I know some moms like to have their older siblings present at the birth itself. Personally, I chose to have Malachi stay with Mimi while I was in labor, but if you’ve prepared your kiddo and want them to understand the birth process, this is an option.

The Need for Attention

Malachi did respond with some disobedience the first day or two after Shiloh came into our lives. I was annoyed at first, until I realized the only way he got attention was when he acted out. Both Josh and I made a point to give him as much positive attention as possible so he wouldn’t crave the negative attention. It helped a lot.

The Need for Independence

Malachi almost instantly became more independent upon Shiloh’s arrival. He went from wanting to be played with to using his imagination and playing independently. It was hugely helpful, as Shiloh needed all the hands-on attention.

The Need to Help

Malachi quickly learned to be a big helper when Shiloh arrived. We involved him in as many baby chores as we could. Before we made the switch to cloth diapers, I’d always give Malachi the rolled up diapers to throw away. He’d put them in the kitchen trash and get a high-five in return.

Nowadays I instruct him to help by making Shiloh laugh and grabbing spit-up rags when I need them. I remind him often that he’s helpful and I appreciate him.

The Need for Physical Touch

All cuddling shouldn’t cease because I suddenly have my arms full of newborn. Conveniently, Malachi would ask for hugs and cuddles when he wanted them. This was a helpful reminder if I ever got too caught up with Shiloh and chores. Other kids might not be able to express themselves as well. Physical touch is so important for security and development – be generous with it. I always try to stop in my tracks and give Malachi my full attention when he expresses the need to cuddle.

The Need to Bond

The bros need their bro time. Sometimes Malachi will ask to hold Shiloh, look at Shiloh, or talk to Shiloh. I take these requests seriously and let the boys interact with one another as often as I can between naps, meals, etc. Their bond is very real and very special. Shiloh’s whole face lights up when he sees Malachi for the first time every morning. They hug and laugh at one another. One day they’ll fight and hurt each other and learn to forgive, but right now their love is completely fresh and pure. I’m cherishing this. 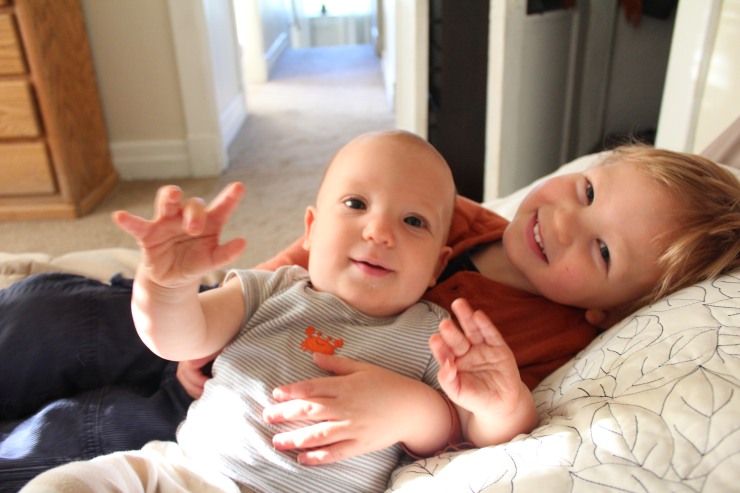 How did your oldest child respond to a new sibling? Any needs or tips that I left out? Do you remember new additions to your family when you were a child?